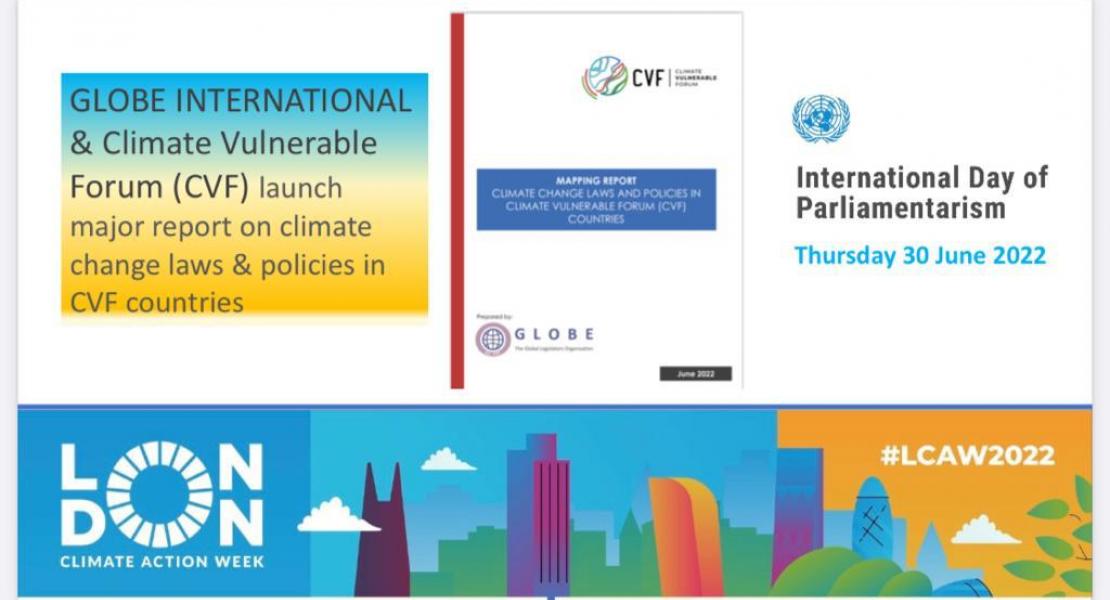 The report launch takes place during London Climate Action Week, the midway point as the UK COP26 Presidency hands over to Egypt’s Presidency of COP27 in November 2022. The report brings back into the picture the crucial constitutional role of parliaments in ensuring that promises made at international fora such as COP26 and COP27 are delivered.

“With all the focus on the executive branch, Parliaments and Parliamentarians are often ignored, sidelined or perhaps forgotten. But Parliaments - as the foremost democratic and legislative bodies - have a crucial role to play. We represent the people, make laws, and scrutinise and provide oversight over governments and the executive bureaucracy as they implement national policies.”

They affirm that “On climate, many Parliaments have been taking the lead, by framing and passing climate legislation which legally mandates governments to meet specific ambitious climate targets.”

However, they recognise that “There is still insufficient legislative attention given to climate change in many countries, and we have to urgently change this situation if we are to push our governments to meet the goals set out in the Paris Agreement.”

“GLOBE is proud to have produced this first-ever Mapping Report to inform climate change efforts across CVF parliaments to improve scrutiny, enable benchmarking of progress and accelerate delivery. Importantly, it helps realise a key objective of the International Day of Parliamentarism: to promote public engagement and understanding.

We hope the Mapping Report will facilitate peer to peer learning, identify gaps and promote best practice. For example, our initial analysis shows that 85% of CVF members have climate change laws, with more than ¾ having adopted or considering net zero targets. More than half seek to integrate mitigation, but links to adaptation and resilience are weaker. This signals a vital area for legislative and policy improvement that we look forward to supporting in CVF member states. The Report goes well beyond current resources available and will help benchmark progress not only within the CVF family of nations, but many others to inspire bolder action to address the climate crisis.”

2. About the Climate Vulnerable Forum (CVF)

The CVF is an international forum for countries most threatened by climate change. Founded in 2009, it is composed of 55 members across five regions including Africa, Asia, the Caribbean, Latin America and the Pacific, and represents some 1.4 billion people worldwide. The Forum is led by a rotating chair for an ordinary period of two years, with Ghana currently chairing for the period 2022-2024. For more, visit: https://thecvf.org/about/

3. About GLOBE International
GLOBE International is a non-partisan, cross-party network of parliamentarians dedicated to improving governance for sustainable development. Established in 1991 by Senators Al Gore, John Kerry and their counterparts in the European Parliament, Russian Duma and Japanese Diet, GLOBE has grown to include legislators from every global region. GLOBE members have been instrumental in the establishment of legislation on climate change, biodiversity and natural resource protection in parliaments across the world. GLOBE International's current work includes supporting implementation of the Rio Conventions (climate change, biodiversity, desertification), the Sendai Framework on Disaster Risk Reduction and the UN Sustainable Development Goals. GLOBE also serves as the UNFCCC Focal Point for the Parliamentary Group. www.globelegislators.org 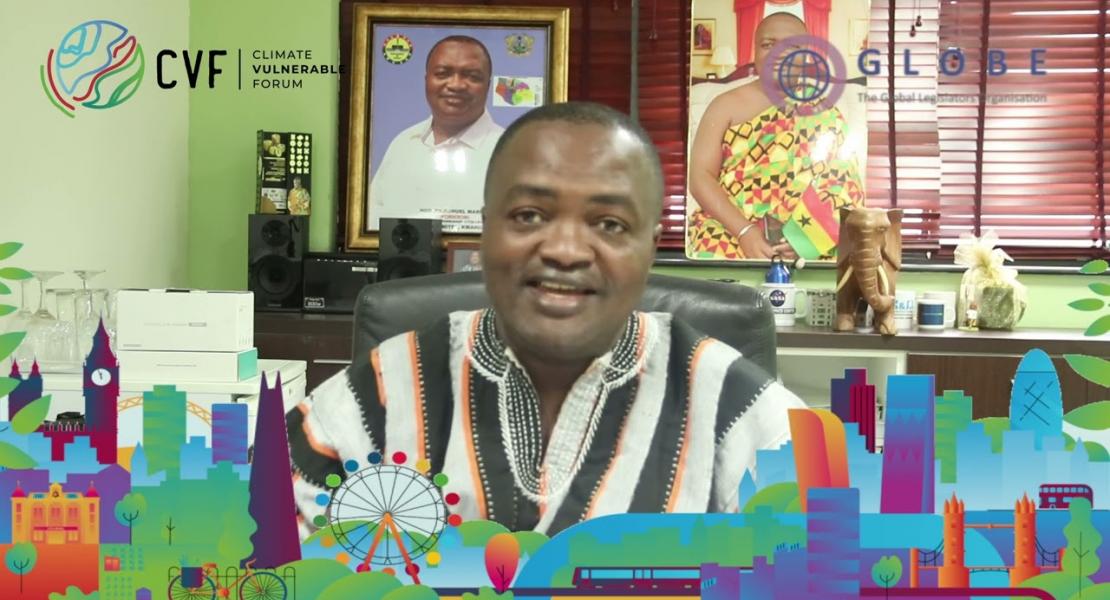