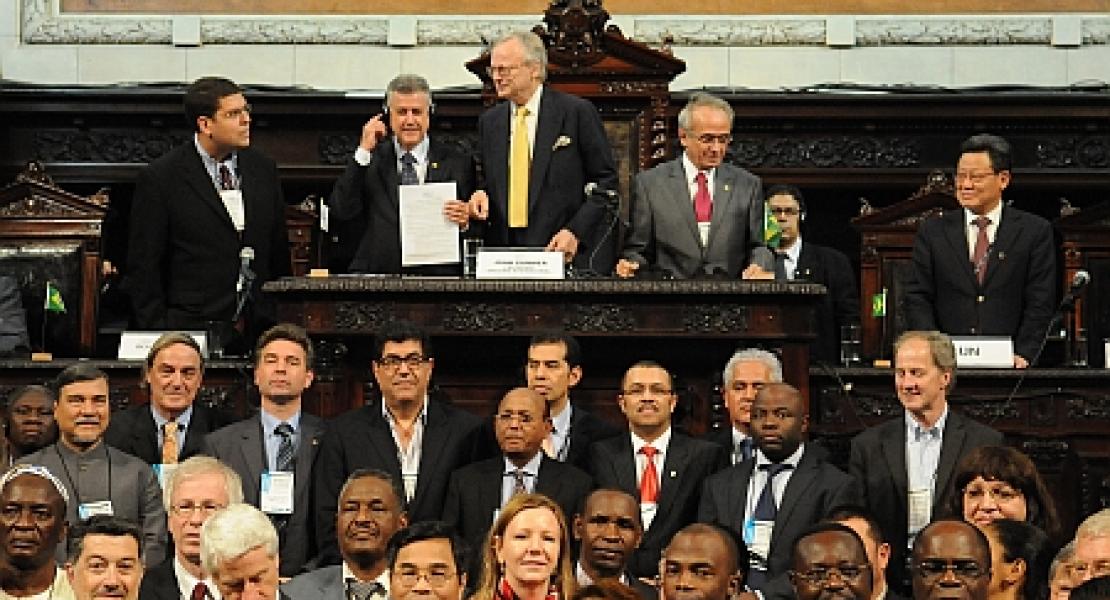 The unsustainable use of natural resources can result in an increase in a country's GDP while it actually becomes poorer. Legislators can play a central role in making the transition to the sustainable economy by recognising and taking into account the value of biodiversity and of ecosystem services through the exercise of their legislative, oversight and budgetary responsibilities.

They can advance this vision by pushing for the implementation of wealth accounting and valuation of ecosystem services as practical tools to operationalise the vision of sustainable development within planetary boundaries, and by advancing legislation foreseeing the embedding of the natural capital approach and ecosystem services values into decision-making across all government departments.

The GLOBE Natural Capital Initiative (GNCI) was launched as part of the implementation of the Legislators Protocol agreed by the 1st World Summit of Legislators held in Rio de Janeiro in 2012.

Since then, with the support of the German Government, the Mava Foundation and Zennström Philanthropies, the GNCI the GNCI has been working with legislators from a range of industrialised and developing countries including Botswana, Colombia, Costa Rica, Georgia, Germany, Ghana, Mexico, Nigeria, Peru, the Philippines and the United Kingdom amongst others, sitting on key select committees (Finance, Public Accounts, Environment and Natural Resources, Planning) keen to advance keen to advance the implementation and long-term integration of the natural capital approach into decision-making across all government departments.

The GNCI has facilitated the development of two editions of the GLOBE Natural Capital Legislation Study providing a comparative review of institutional capacity and legislative frameworks on natural capital accounting (NCA). The second edition, to be launched in June 2014, is being developed in cooperation with University College London, covering over twenty countries.

The GNCI also supports the development (ongoing) of national Natural Capital Action Plans, underpinned by in-depth baseline studies on national natural capital-related law in Colombia, Costa Rica, Ghana, Mexico, Nigeria and South Africa, to help legislators identify priority areas for legislative reform informed by the natural capital approach. It has also contributed to improve the communication between national legislators and national technical experts to accelerate the adoption of NCA and to explore policy applications and options for creating a legal mandate and budgetary support for its long-term institutionalisation, including the national cross-departmental task forces supported by the World Bank Wealth Accounting and the Valuation of Ecosystem Services (WAVES) Programme. The 1st GLOBE Natural Capital Summit held at the German Bundestag in Berlin on 6-8 June 2013 facilitated the North-South and South-South exchange of best legislative practices.

The countries involved in the GNCI represent a wide range of geographies and development levels to highlight the global relevance of natural capital accounting and demonstrate the importance of early and effective engagement with legislators in order to improve the awareness about natural capital issues within the national parliaments.

In order to maximize the synergies with the progressive technical work in this field, the GNCI engages the parliaments from countries participating in the Wealth Accounting and the Valuation of Ecosystem Services (WAVES) Programme, which is coordinated by the World Bank. These countries include Botswana, Colombia, Costa Rica, the Philippines and Rwanda. However the Initiative is open to legislators from any other countries. Peru and Georgia have also been involved in the GNCI from the start, along with the United Kingdom and Germany, two of the leading developed countries on this subject.

The preparatory phase of the Initiative started in September 2012 and concluded in June 2013, with the official launch of the GNCI and of the GLOBE Natural Capital Legislation Study at the 1st GLOBE Natural Capital Summit held at the Bundestag in Berlin, which was attended by over 60 legislators from 20 countries. Delegates from the 8 GNCI leading countries and 12 more nations plus the European Parliament attended the Summit to share the progress and challenges in their national context as the start of a process which will support peer-to-peer learning, facilitate the sharing of best practice and give momentum to ongoing national developments.

The delegates adopted a Communiqué calling on their governments and governments everywhere, no later than 2020, to fully incorporate the value of natural capital into national accounting frameworks and to regulate to ensure that businesses make transparent and open to public scrutiny their environmental externalities, such as their impacts upon natural capital, in their annual reports to shareholders.

The Initiative is managed by the GLOBE International Secretariat in collaboration with partners in the legislatures and relevant government departments of GNCI countries.