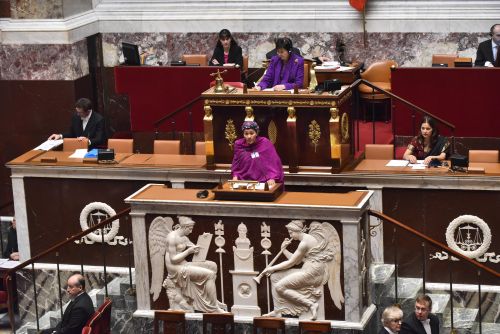 Parties (COPs), since its very inception almost 30 years ago. These are key moments for cross-party legislators to convene, share innovations and best practice, network and strategise on common agendas. Outcomes can include calls to action, regional action plans, task forces or campaigns. GLOBE’s COP21 summit at France’s National Assembly in December 2015 was the largest in its history and attracted high-level speakers and delegates from parliaments, judiciary, United Nations, international bodies, business & industry, civil society, media and philanthropy. COP presidents and UNFCCCC Executive Secretaries have supported and often participated in these GLOBE summits. 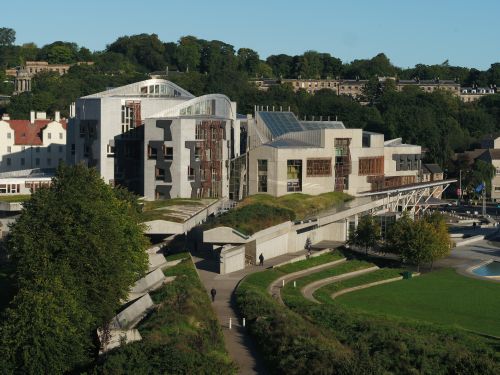 This year, GLOBE International is honored to be working in partnership with the Scottish Parliament, one of the world’s youngest and most modern parliaments. In light of the ongoing coronavirus pandemic, this will be a hybrid event. Physical participation will prioritise parliamentary delegates, including those from partner parliamentary networks. Thanks to the Scottish Parliament’s state -of-the-art IT facilities, however, we hope to reach hundreds more delegates around the world through our digital platform. The virtual Summit will be open to participation by other stakeholders, including business and civil society.

In light of GLOBE’s commitment to gender equality and in recognition of the under- representation of women in all their diversity parliaments, we are working with SheChangesClimate and others to support gender balance at the Summit and COP26 deliberations. Gender will be a cross-cutting theme across the Summit agenda. As part of our commitment to political education and citizenship development, we also have a strong youth engagement focus to this year’s Summit and are delighted to work with Scotland’s unique Children's Parliament and youth parliaments worldwide to highlight young peoples’ expectations of their political leaders and demands for their future.

CONTEXT FOR THE COP26 LEGISLATORS SUMMIT

The UNFCCC’s Paris Agreement on climate change was signed on 12 December 2015 at COP21 and came into force on 4 November 2016. It represents the world’s first comprehensive treaty to tackle climate change, committing every country to greenhouse gas emissions reductions to keep global warming to well below 2°C above pre-industrial levels, and to strive to keep temperature rise to below 1.5°C.

In November 2021, the world’s governments will come together in Glasgow for the first five- yearly review of the Paris Agreement to commit to enhanced collective action to combat the urgent threat of climate change. Hosted jointly by the British and Italian governments, COP26 has been delayed by one year due to the global Covid-19 crisis. Delegates will gather in Glasgow at a time of great uncertainty, with economies reeling from the impact of the pandemic and uneven vaccine rollout hampering recovery. The latter also impacting the resumption of international travel and in-person meetings - hitherto an essential aspect of effective diplomacy. 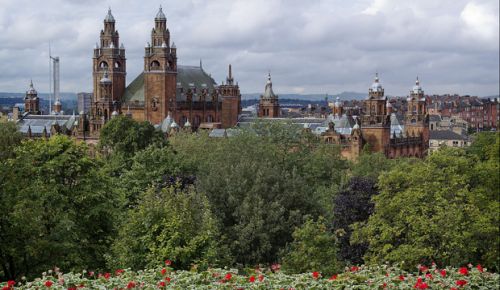 Against this backdrop, leaders may be tempted to think ‘recovery first, climate later’ but with successive UN reports pointing to accelerating climate impacts, deepening ecosystem decline and widening social inequality, the opportunity for the coronavirus crisis to spur moves to ‘Build Back Better’ and a green, fair and resilient recovery are still very much within the within the realms of public acceptability, indeed demand. Not least because of the intensity of scrutiny that government climate action has come under from newly-mobilised young people and publics around the world.

The good news is there has been a marked recent surge in public and private actors, including cities, regions, business and investors, adopting long-term emissions reductions targets - the so-called net zero goals - in line with the Paris Agreement. Countries such as the US, EU, UK, China, Japan and South Korea - representing more than 70% of the world’s economy and 51% of global emissions - have made net zero commitments by 2050 (or 2060 in the case of China). Others are expected to follow suit during the course of the year.

But while long-term goals set the direction of travel, there will be no timely net zero transition without mid-term goals and ambitious national climate action plans, the Nationally Determined Contributions (NDCs) of the Paris Agreement. For this reason, political attention is on 2030 decarbonisation targets, the adequacy of NDCs and climate finance.

To put the magnitude of the transformation required into context: in 2019, global decarbonisation was only 2.4% and, at the latest count, the ‘enhanced’ NDCs submitted to the UNFCCC would still result in a 3°C temperature rise. According to one report, achieving the Paris Agreement goal of limiting warming to 1. 5°C and delivering net zero will require a five-time increase in the rate of global decarbonisation every year, starting now.

For this reason, the theme of the GLOBE COP26 Legislators Summit is accelerating climate action and delivering a green, fair and resilient recovery.

Although the Paris Agreement does not explicitly mention the role of legislators in addressing climate change, o 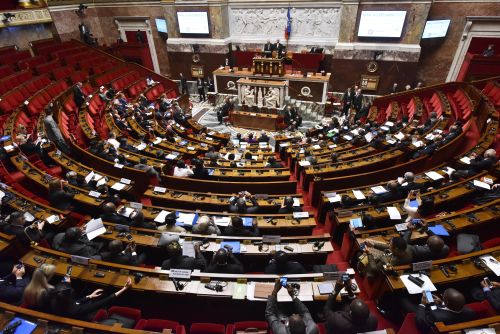 ther than ‘recognizing the importance of the engagements of all levels of government and various actors, in accordance with respective national legislations’, GLOBE legislators have demonstrated the importance of their constitutional duties of law-making, scrutiny and budgetary approval. In particular with regard to the growing body of national climate change laws and frameworks, many of which GLOBE members themselves have been involved with as initiators or supporters.

In addition, since prior to Paris, GLOBE International has advocated that legislators are, in fact, most suited to undertaking the Monitoring, Reporting & Verification (MRV) of national commitments in UNFCCC negotiations, due to their formal constitutional role of holding governments to account as elected representatives of the people.

Importantly, at a time of rising populism, political polarisation and distrust of institutions, politicians and legislators have a significant role to play in securing public support and consent for transformative climate action. The COVID19 experience has shown that public consent cannot be assumed and phenomena such as digital misinformation, disinformation and fake news are new forces complicating political responses to the climate emergency. 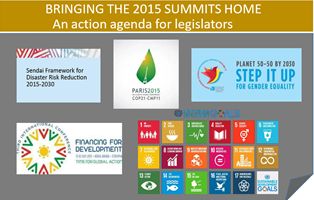 Since Paris, and the development of its ‘Coherence and Convergence’ programme to integrate the UN’s 2015 Summits (Sendai, SDGs and Paris) rather than pursue as standalone government objectives, GLOBE has continued to promote an integrated approach to governance scrutiny by lawmakers.

In 2021, this integrated approach takes on greater significance as all three of the Rio Conventions – climate change, biodiversity and desertification – will be holding their Conference of Parties this year. GLOBE International is committed to a joined-up approach and working to promote the work of all three convention secretariats for greater impact.

Over the coming year, GLOBE will work closely with the UNFCCC, COP26 Presidency, other Rio Convention secretariats, UNDRR and others, to engage with parliamentarians. GLOBE will support parliamentary engagement in the relevant processes and encourage national and regional parliaments to exercise their scrutiny and budgetary powers to raise ambition of NDCs, ensuring budget for green recovery packages.

GLOBE International will participate in and support both London Climate Action Week (26 June-4 July 2021) and the Italian Pre-COP Youth Summit (30 September 2021) as key milestones for parliamentary and youth engagement. At London Climate Action Week, which has rapidly become one of the largest international climate events outside of the UNFCCC, GLOBE International will be hosting the London Schools Climate Summit and Student-MP Climate Surgery, in partnership with a range of national and international organisations.

From March 2021, GLOBE will be hosting monthly briefing webinars on the COP26 process for legislators, in partnership with E3G and others. The webinars will track key moments on the global climate and sustainability calendar, including the COP26 Presidency’s Climate & Development Ministerial, the US Earth Day Climate Summit, the G-7 and G-20, the UN Food Systems Summit, the UN Convention on Biodiversity COP15, the Pre-COP Youth Summit, and the Convention on Desertification’s COP15 closing the year.

Addressing lessons from central government and parliaments’ response to COVID19, with particular reference to managing systemic risks while maintaining democratic legitimacy, as a guidepost to managing future disasters will be a common thread throughout the year.

The programme for the two-day GLOBE COP26 Legislators Summit is under development with a focus on the primary theme of accelerating climate action and delivery of a green, fair and resilient global recovery, whilst strengthening democratic integrity, securing consent and energising whole-of-society public engagement for sustained delivery.

The needs and interests of young people will be foregrounded with active engagement with youth parliaments, organisations and networks, in the run-up to and ahead of the GLOBE COP26 Legislators Summit. On Friday 29 October, GLOBE will host a special Scotland-wide Student-MP Climate Surgery, in partnership with the Children’s Parliament and others.

Commitments and outcomes from this event will be launched globally on the opening day of the GLOBE COP26 Legislators Summit at the Scottish Parliament in Edinburgh, as an example of parliamentary leadership in establishing new forms of meaningful youth engagement.

The Summit will be informed by and contribute to official deliberations at the COP26 Summit in Glasgow, including through delegates participating in events in both the Blue and Green Zones. The GLOBE COP26 Legislators Summit is the only international parliamentary event taking place at the Scottish Parliament during COP26 and will be open to participation by delegates from other parliaments and parliamentary networks.

The following subjects and themes will be integrated in the programme agenda: