Skip to main content
President of GLOBE Argentina & Chairman of the Board of GLOBE International a.i.s.b.l.

Former Vice-President of the Environment Committee of the Chamber of Deputies, Argentina.

Juan Carlos Villalonga is an Argentine politician and environmentalist (7 May 1960, Rosario, Province of Santa Fe), who has been active in the environmental movement since 1984. In December 2015 he became a National Deputy for the City of Buenos Aires for the Cambio coalition and is a spokesperson for the environmental political movement Los Verdes Argentina, which he co-founded in 2011.

In 1985 he founded the Taller Ecologista organisation in Rosario, where he also worked as an environmental columnist for the Página 12 newspaper.

He was Campaign Director and Political Director of Greenpeace Argentina for sixteen years (1994-2011). Between 2013 and 2015 he was President of the Environmental Protection Agency of the Autonomous City of Buenos Aires (APrA). In 2015 he took leave of office. In December 2015 he led the Argentine delegation to the UNFCCC COP21 in Paris and promoted changes in the proposal presented by Argentina for the reduction of greenhouse gas emissions and initiated the process, already validated by President Mauricio Macri, for Argentina to assume a greater commitment to climate change at the international level.

In addition to his role as a National MP, in 2016 Villalonga was awarded the Global Wind Energy Council (GWEC) and the Argentine Wind Energy Association (AAEE) Global Wind Ambassador status for his career and has relaunched the Argentine chapter of GLOBE International, the global network of parliamentarians, which he currently chairs.

Climate change, renewable energies, disarmament and nuclear energy have been its main fields of action.

In 2017, it promoted National Law 27424 on the System for the Promotion of Distributed Generation of Renewable Energy Integrated into the Public Electricity Grid, which was approved by the National Chamber of Deputies and Senate and published in the Official Gazette on 27 December 2017.

Publications
Among his published works are: "Greenpeace report on INVAP. A story that the nuclear industry wants to hide" (2002) and "Renewable Energies: Why should meeting the 8% target by 2016 be a priority?" (2013), for the Renewable Energy Group. 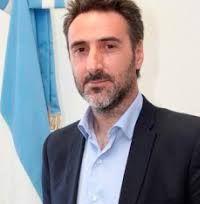