With a background in both development and environment Malini has led global campaigns at NGOs such as Oxfam and Friends of the Earth International, as well as on human rights, trade and investment. As a civil society leader, she served on Kofi Annan’s High-Level Panel of Eminent Persons on UN-Civil Society Relations and is an author of the UN’s Human Development Reports.

Malini also served in the UK government, where she led for the UK on international sustainable development partnerships, and initiated the UK’s pioneering Sustainable Development Dialogues with China, India, Brazil, South Africa and Mexico.

Malini has served on numerous corporate and non-profit boards including the world’s leading companies Unilever, Hewlett-Packard, Kimberly-Clark, BHP Billiton, and NGOs such as China Dialogue and the Global Reporting Initiative.

A political scientist and gender specialist by training, Malini has degrees from Smith College (USA) and Institute for Development Studies, Sussex. She has written widely on these themes and is a frequent media commentator and contributor on emerging markets and sustainability.

Her honours include Young Global Leader of the World Economic Forum, Asia Society Fellow and Asian Woman of the Year.

An Indian citizen, Malini has lived and worked all over the world and speaks six languages. She is married to Nick Mabey and they have three children. She has a strong interest in community activism and also runs a campaigning local education charity. To keep sane, Malini enjoys jazz, dance and triathlon. Her post-Paris ambition is to finally complete an Ironman triathlon. 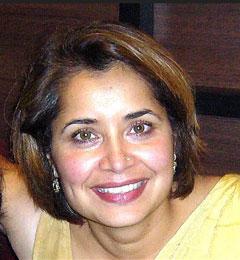